The weather at the end of January was very much like it began, the storms kept rolling in on a weekly basis which kept the water table nice and high on the farm.  Only the ducks seemed to appreciate this and the 40 newly planted Cricket Bat Willows. 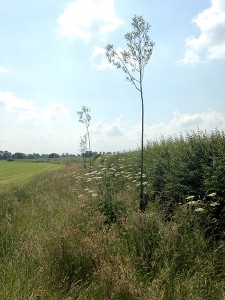 Arable – despite the wet and windy conditions the winter oilseed rape and winter wheat kept on growing on the back of unseasonably warm weather.  This is very unusual for this time of year and it is beginning to have a negative effect on the crops health with a high disease pressure present in both crops.  In the Wheat the main problem is Yellow Rust, which if left unchecked can kill the crop and will mean an early pass with the sprayer to control the disease.  The OSR is suffering from Foma and also cabbage stem flee beetle, with the latter being extremely worrying as their is little we can do following the retraction of Neonicotinoids insecticides by the EU due to concerns over its effect on Bee’s. 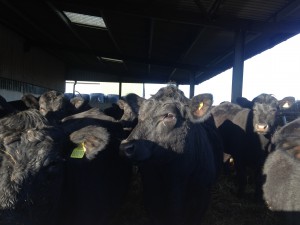 Livestock – well we are still waiting on the other two heifers to calve before the main herd, we will probably get ‘The Scanning Lady’ to come in to check that they are in calf for peace of mind.  The main herd (15 cows) are getting very close and it will be around mid-Feb by the time the first start to calve, it is usually ‘marmite’ or 828 ‘muma cow’ that calves first.  On a rare frosty morning we were able to muck out the main cattle shed, starting at 5 am we had the shed cleaned and re-bedded by lunchtime.  Their is still one other cattle shed that needs ‘mucking out’ on the next dry or frosty morning. 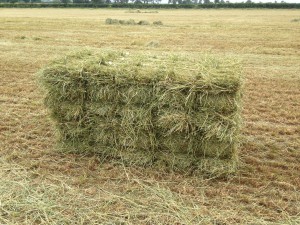 Hay & Haylage – it has been another busy month of deliveries of all types of produce hay, straw and haylage, with deliveries going out most days to our regular customers in Northampton, Bedford and Leicestershire.  Despite the warmer weather, the saturated paddocks have meant many horses have been kept in over night and sometimes during the day.  As well as the equine market we often take orders for small straw for weddings and parties during the summer, with one order coming in last week.

To-do List -we still have one cattle shed that needs mucking out before they jump out, but will have to wait for a dry or frosty day.  We also have a 360 digger coming in a weeks time to start cleaning out our field ditches to help the flow of water and also the hedges need finishing before the March cut off point under Cross Compliance rules to safeguard nesting birds.